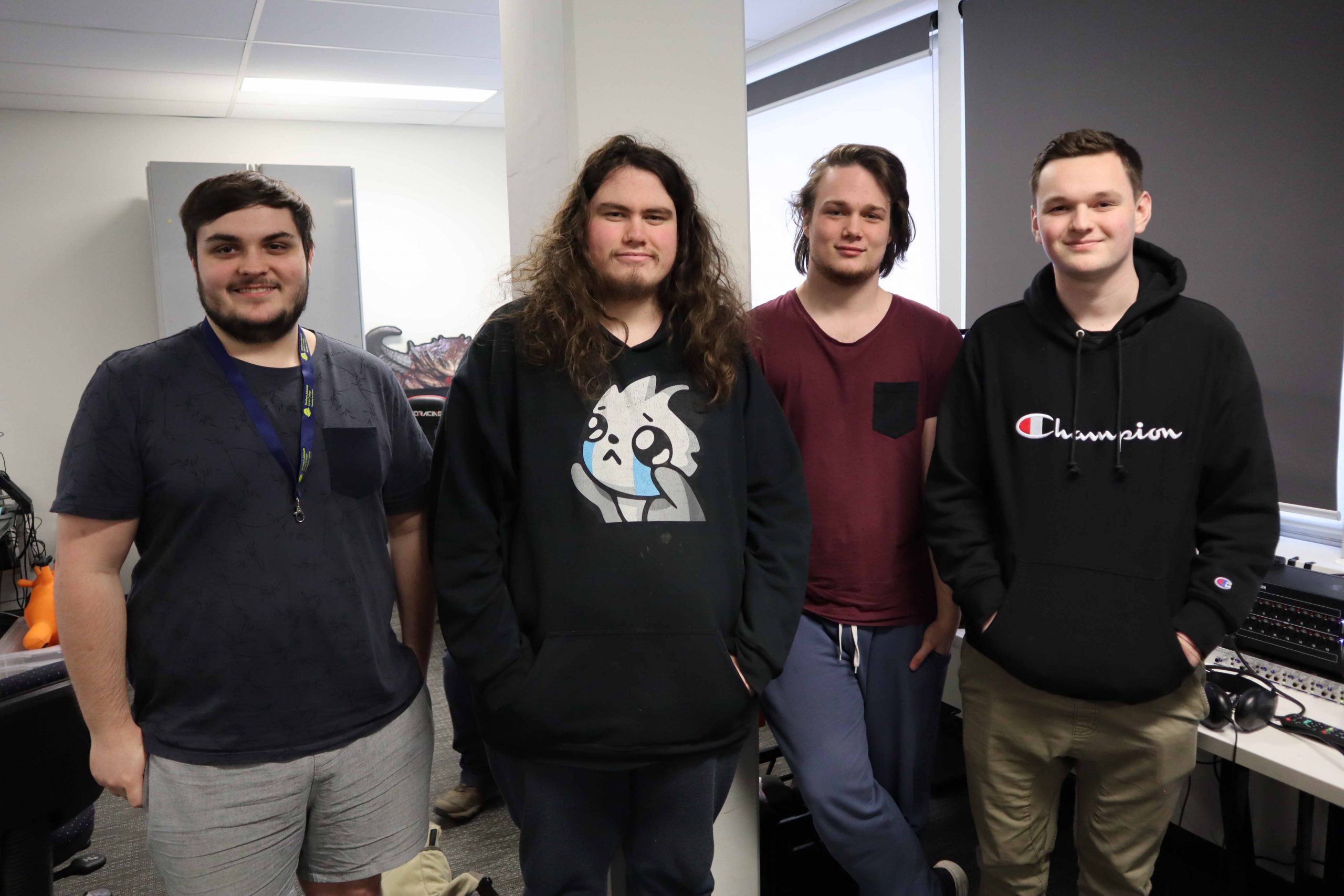 “We played pretty well for the most part,” says Joshua.

“Actually we got progressively worse as the series went on but we were still better than the other teams.

League of Legends is a multiplayer online battle arena video game developed and published by Riot Games and a firm favourite within the eSports community.

The group have been playing together since last year with the newest team member, Joshua, joining earlier this year.

“I don’t play the game religiously – I play it a lot,” says Joshua.

“Obviously I play other games too. I enjoy it. Sometimes it can be really frustrating. With this crew it was enjoyable and a good time.”

Academy of Game, Film and Animation teachers, Toby Fogarty and Ben Ryder, encouraged their students to participate in the League of Legends championship.

“I think our teacher Toby told us about it and we were like ‘yeah sure,’” says Bandon.

The team says that they don’t have any plans to change the way they play for the Nationals.

“I don’t think we need to change anything, I think we’re pretty good the entire time,” says Brandon.

“We’re psyched but we’re overthinking it. We should just rely on that one simple factor that it doesn’t matter until we get into game,” says Aiden.

The nationals will be livestreamed on Twitch on August 29th where our SA/NT Regional Champions will compete for a chance to win the coveted national title.

If you would like to learn the business of game design and eSports events management for 2021, contact Northern Adelaide Senior College on (08) 7285 1600 to find out more.

Always Was, Always Will be. NASC students celebrate NAIDOC Week

Walk a Mile in My Boots for the Homeless

NASC pledges to BULLYING NO WAY!

This website uses cookies to improve your experience while you navigate through the website. Out of these, the cookies that are categorized as necessary are stored on your browser as they are essential for the working of basic functionalities of the website. We also use third-party cookies that help us analyze and understand how you use this website. These cookies will be stored in your browser only with your consent. You also have the option to opt-out of these cookies. But opting out of some of these cookies may affect your browsing experience.
Necessary Always Enabled
Necessary cookies are absolutely essential for the website to function properly. This category only includes cookies that ensures basic functionalities and security features of the website. These cookies do not store any personal information.
Non-necessary
Any cookies that may not be particularly necessary for the website to function and is used specifically to collect user personal data via analytics, ads, other embedded contents are termed as non-necessary cookies. It is mandatory to procure user consent prior to running these cookies on your website.
SAVE & ACCEPT