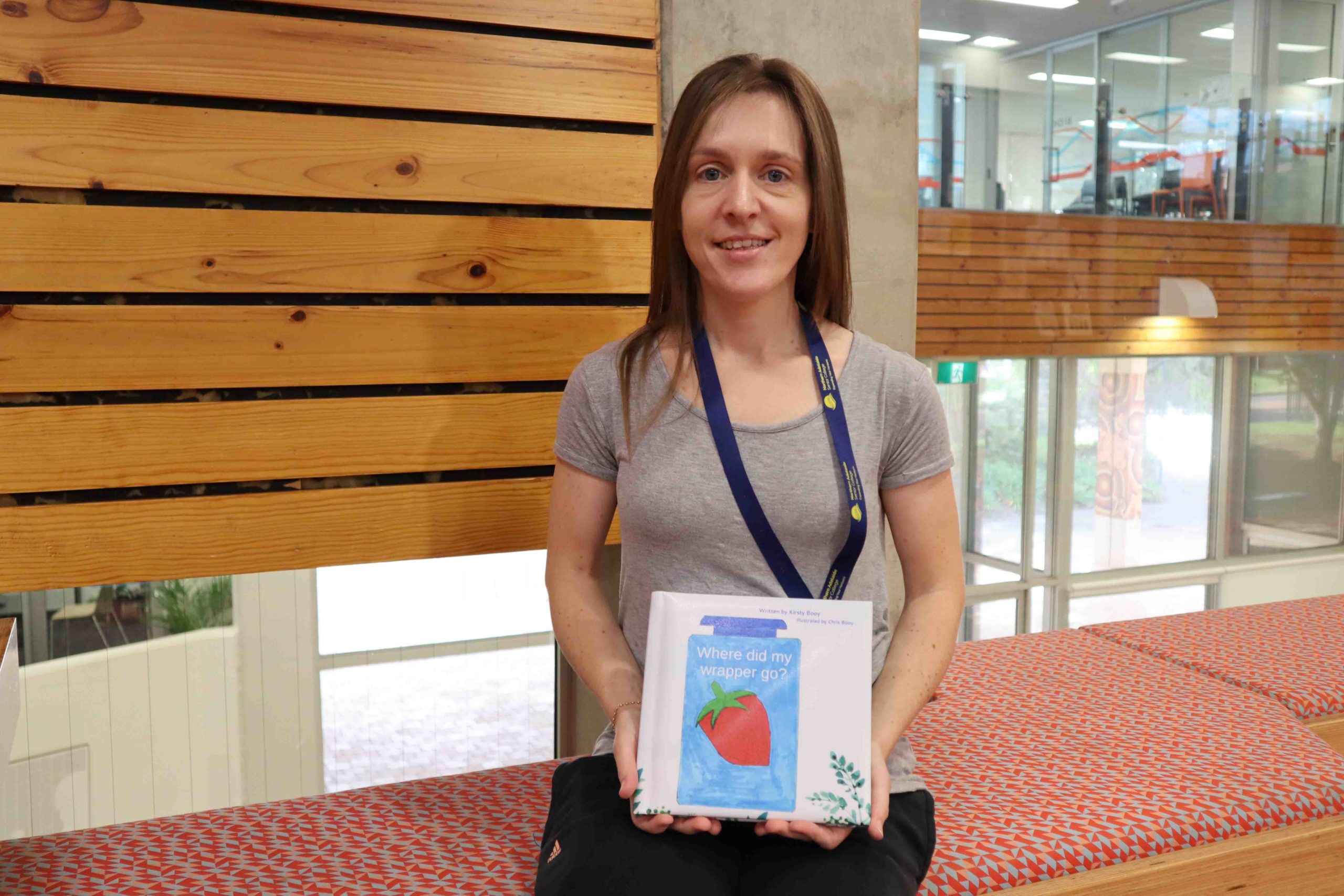 ‘Where did my wrapper go?’ follows three children discovering their favourite yogurt snack wrapper might end up in our oceans and harm oceanic wildlife if not recycled properly.

“I am very passionate about recycling,” says Kirsty.

“It’s something I have always tried to do my best at. I think we don’t recycle enough and lots of my friends and family don’t know what to recycle and then they recycle the wrong things.

“I just feel like I should educate my children so they do the right thing.”

The book represents her outcome for Research Project, a subject all students studying Stage II must complete.

“Like most learners who are doing Research Project, it starts to morph in various directions.

“Kirsty in the end decided to combine two passions, which was the concern about the environment, recycling and her three children.

“Eventually, the idea sort of hit her – ‘Well what if I could create a book which I could give to my children and it would talk about how to recycle and the impact of poor recycling and what you should do from there?’

“So that’s how the idea of the book came about.”

Through discussion with Phillip, Kirsty realised that her brother could help with the illustrations and that she could publish her book through a print-on-demand service.

“I’m not a fan of research project, but I’m really happy with my outcome, so I guess it balances out.,” says Kirsty.

“Just pick something that you’re passionate about. To keep you going for a whole semester it has to be something you enjoy,” says Kirsty.

Copies of her book are available to borrow in the Northern Adelaide Senior College school library.

Building pathways to apprenticeship in Construction

NASC pledges to BULLYING NO WAY!

This website uses cookies to improve your experience while you navigate through the website. Out of these, the cookies that are categorized as necessary are stored on your browser as they are essential for the working of basic functionalities of the website. We also use third-party cookies that help us analyze and understand how you use this website. These cookies will be stored in your browser only with your consent. You also have the option to opt-out of these cookies. But opting out of some of these cookies may affect your browsing experience.
Necessary Always Enabled
Necessary cookies are absolutely essential for the website to function properly. This category only includes cookies that ensures basic functionalities and security features of the website. These cookies do not store any personal information.
Non-necessary
Any cookies that may not be particularly necessary for the website to function and is used specifically to collect user personal data via analytics, ads, other embedded contents are termed as non-necessary cookies. It is mandatory to procure user consent prior to running these cookies on your website.
SAVE & ACCEPT